Every time a species goes extinct or is lost from a given area, global biodiversity is irreparably damaged and destabilized. Specific causes of losses to biodiversity are varied, but the predominant and severe causes of global species extinction are summarized by HIPPO.

No, we are not talking about the cute but albeit huge 3500 pound African mammal, instead the HIPPO we are talking about is an acronym. HIPPO stands for Habitat Loss, Invasive Species, Pollution, Human Population, and Overharvesting. This HIPPO is not an exotic creature, but is one found in your own backyard, and unfortunately it is becoming more familiar to us all:

Habitat loss is the single greatest threat to biodiversity on Earth today and in fact it is the second largest threat to our existence on this planet next to Climate Change. Habitat loss is sometimes sweeping and significant, but equally harmful is the death by a thousand cuts; the removal of plants in your backyard, or trees in an urban setting.

Human activities such as urban development (construction of homes, businesses, roads, and cottages), resource extraction (logging, mining, oil and gas), and agriculture (land conversion to farmland) degrade or completely eradicate areas on which species depend for food and shelter. For example, as a result of human activities, Southern Ontario has lost over 70% of its wetlands, 98% of its grasslands, and 80% of its forests, resulting in the loss of habitat for countless species of plants and animals (Sierra Club Canada). In this flyway alone, and in just 50 years, we have lost over 75% of songbirds because of habitat loss. The loss of birds means we have also lost the essential pest control services that they provide, and also agents of seed dispersal. Habitat loss, threatens 84% of government-listed Species at Risk in Canada (Venter et al. 2006).

Habitat loss can also take the form of night lighting; this unnatural condition removes habitat for most animals, birds and even fish…especially from LED lights which mimic daytime spectrums. Even plants will not respire under LED lights. Undue noise levels from industry and fireworks can also alter nigh-time habitats and sleeping patterns of wildlife. Also removing small but natural features can reduce habitats; from removing “debris” along shorelines which takes away essential fish habitat, to raking leaves, which removes shelter for small mammals and insects.

Natural events such as storms, forest fires, floods, and droughts also have the potential to alter or eradicate habitats. And while these events are natural occurrences, overall, or until recently, they do not compare to the losses caused by human activities- and yet they are also amplified as a result of climate change- a phenomenon aggravated by human activities.

An invasive species is any non-native organism whose presence negatively impacts one or more native species in a given area. An invasive species can render a habitat unsuitable for our native species by out-competing them for food, sunlight, and even by crowding native species out, such as with Phragmites, a willowy grass known also as European Common Reed. Phragmites takes over entire wetlands and shoreline areas and can completely alter habitats so that amphibians, turtles, birds, and fish can no longer survive there.

Invasive species can also proliferate such as with zebra mussels, where there are no predators to keep them in check.

In Canada, burning fossil fuels and coal to heat homes, power cars, and generate electricity produces approximately 700 Megatons of carbon dioxide per year (National Inventory Report 2018). This influx of carbon dioxide into the atmosphere directly impacts air and water quality, and therefore the health of individual species. It also significantly contributes to the effects of Climate Change.

Pollution also includes the release of effluents from industrial and agricultural processes into the natural environment. For example, nitrogen and phosphorus runoff from agricultural fields can cause large algal blooms that starve the water, and therefore its inhabitants, of oxygen. These situations also threatening the biodiversity of an area. For instance, the collective pollutants that accumulate along the Mississippi River and all major river systems in the USA, and are deposited in the ocean, render the coastline of Maryland or even the Gulf of Mexico inhabitable by any life (Biello 2008). Solid waste, specifically plastic, also poses a significant threat to biodiversity. Not only does the waste take up huge amounts of space on land and in our oceans, it takes hundreds of years until it decomposes and it also strangles, suffocates, and poisons species who mistake it for food.

According to the United Nations, the current global population is approximately 7.6 billion people, and is predicted to reach 9.8 billion by 2050.  According to the Ontario Ministry of Finance, the current population of Ontario is approximately 14.57 million people, and is expected to reach 18.4 million by 2041. As the global human population increases, without new ways and behaviours, other threats to biodiversity such as habitat loss, pollution, and overexploitation will intensify.

Over-harvesting, is the extraction of a resource from the natural environment at an unsustainable rate. Over-harvesting can include trees, plants, and animals that are targeted for their meat or other body parts. For example, the Passenger Pigeon was harvested to the point of extinction. Also years of unchecked harvesting of the wild American Ginseng, a species native to The Land Between, has left its populations dangerously small. It is now critically endangered of becoming extinct.

Why should you care?

Our health, long-term wealth, and general wellbeing are dependant on Nature. Biodiversity provides invaluable services that are irreplaceable, cannot be duplicated, and are not readily monetized such as air and water purification, pest and disease control, pollination, carbon sequestration, water supply regulation including flood control, etc. and also aesthetic, spiritual and recreational services.

Canada harbours 20% of the world’s freshwater, 25% of the world’s wetlands, 25% of the remaining global temperate rainforests, and is home to over 71,000 individual wildlife species (Environment and Climate Change Canada 2019, McCallister 2015). An estimated 13% or more of Canada’s Gross Domestic Product depends directly on nature from tourism, fiber production, and agricultural production. (Environment Canada 2012).  This does not include other resources such as value added forest supplies, peat supplies, natural medicines, commercial fisheries, sport fisheries, hunting, maple syrup, and other economic assets derived from otherwise renewable resources.

Change and conservation are increasingly in the hands of the people rather than governments. Therefore, it is our responsibility to do protect nature here.

What you can do?

Pay attention to the HIPPO in your backyard! 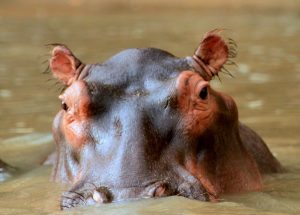 Any help is a big help- from keeping native plants around, reducing unnecessary noise and night lighting, reducing waste, up-cycling items, and recycling others. Also, you can advocate for nature conservation in your municipality; join an environmental committee, or volunteer to monitor wildlife, to patrol roads for turtles, or to remove invasive species.

Studying one animal’s biology and needs will lead you to the entire world of biodiversity because everything is linked.

Anything you can do to combat the HIPPO in your yard, will make a world of difference.

Watch the Land Between Trailer

A visually stunning 3-part documentary series showcasing the ecological and cultural diversity and history of this region. Buy it here.

Water Webinar- The First of the WaterScape Series

Announcing the first of the WaterScape Webinars WaterScape III, Resilient Landscapes and Healthy Water in South-central Ontario, will be a webinar … END_OF_DOCUMENT_TOKEN_TO_BE_REPLACED

We want to refine the understanding and then communications related to the Algonquin Wolf in Ontario, to provide new information, find enhanced … END_OF_DOCUMENT_TOKEN_TO_BE_REPLACED

Summer positions with The Land Between

ONLY ACCEPTING APPLICATIONS UNTIL FRIDAY MARCH 28, 5PM We are hiring various summer positions from May to July and July to September with the … END_OF_DOCUMENT_TOKEN_TO_BE_REPLACED

Welcome to the year of the night sky! This year we invite you to learn all about night skies and why they are good for our health and the health of … END_OF_DOCUMENT_TOKEN_TO_BE_REPLACED

The Birds and the Bees (and Don’t Forget the Trees!) – The Effect of Light Pollution on the Natural World

In last week’s blog post (“Where have all the stars gone, and how is it affecting you?” by Daniel Grenon), we received an introduction to light … END_OF_DOCUMENT_TOKEN_TO_BE_REPLACED

Where Have all the Stars Gone?…and How is it Affecting You?

Light pollution is an extremely large problem that goes relatively unnoticed by the public. Not many people remember how visible the natural night sky … END_OF_DOCUMENT_TOKEN_TO_BE_REPLACED 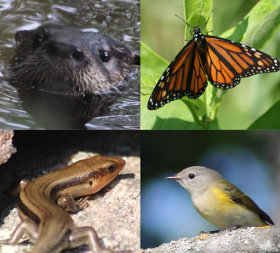 Download our FREE! mobile app to explore and tour the region:

We respectfully acknowledge that The Land Between is located within Williams Treaty 20 Mississauga Anishinaabeg territory and Treaty 61 Robinson-Huron treaty territory, in the traditional territory of the Anishinaabeg. The Land Between respectfully acknowledges that these First Nations are the stewards and caretakers of these lands and waters in perpetuity and that they continue to maintain this responsibility to ensure their health and integrity for generations to come.

Thank You to our Major Supporters